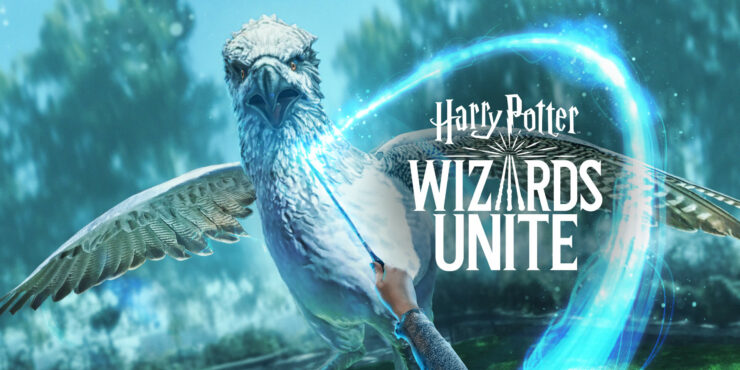 Ever since the advancement in AR technologies via apps such as ARCore, there has been a rise in content that takes advantage of it. Last week, Ubisoft announced Echo; an augmented reality app for The Division 2. Today, WB Games and Niantic just announced the release of Harry Potter: Wizards Unite, their new augmented reality (AR) mobile game.

You start the game as a recruit of the Statute of Secrecy Task Force, established by the Ministry of Magic and the International Confederation of Wizards to investigate and to contain The Calamity which has befallen the wizarding world. The Calamity has caused artifacts, creatures, people, and even memories to appear in the Muggle world mysteriously.

Foundables will appear at various types of real-world locations including parks, banks, municipal buildings, college campuses, libraries, monuments, zoos, art galleries, and more. One can Cast a variety of spells to overcome the Confoundable magic, keep the magical Foundables safe, and send them back to the wizarding world. By returning Foundables, you’ll earn unique rewards that can be tracked in the game Registry.

The game uses a stamina-based system known as “Spell Energy”, which is expended every time you cast a spell. A player needs to collect food and drinks to replenish Spell Energy. You’ll even come across ingredients that can be used to brew Potions, which will aid you in different aspects of your gameplay. These ingredients can be found on the Map, varying by the environment, weather, and time of day, as well as in specially designated Greenhouses.

You can also choose to specialize in different magical Professions. Aurors, Magizoologists, and Professors each have their own unique skills and abilities that will come in handy at different times, particularly during Wizarding Challenges. Lastly, Portmanteaus can be unlocked to reveal Portkeys that whisk you away to iconic wizarding world locations. For the first time, you’ll be able to step into a full 360-degree Advanced AR immersive experience in places like Ollivander’s Wand Shop.

Harry Potter: Wizards Unite is coming to iOS and Android mobile devices in 2019. Pre-registration is now available on Google Play.