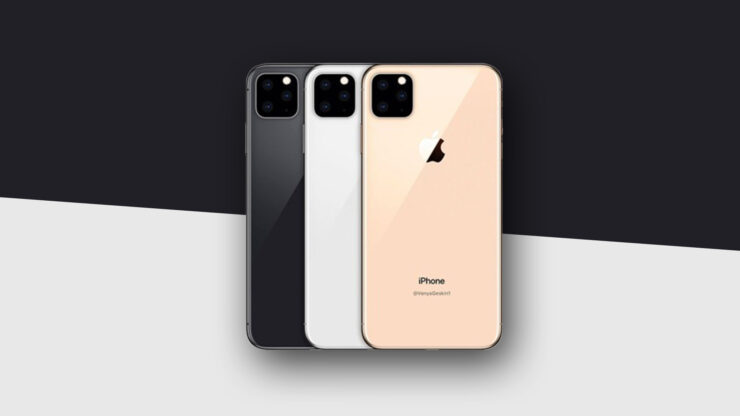 Just like last year, Apple is slated to launch three iPhone models for 2019, with a new report claiming that two models are going to feature a triple rear camera setup. This will be the first time Apple gravitates to a triple camera setup at the back for its mobile devices, and citing ‘reliable’ Chinese supply chain sources, the screen sizes of these two models have also been detailed.

6.1-Inch iPhone 2019 Reportedly Getting an OLED Screen Coupled With a Rear Triple Camera

According to Japanese website Macotakara, Chinese supply chain sources have claimed that there will be two new iPhone 2019 models. One of the will feature a 6.1-inch display, while the biggest one will sport a 6.5-inch screen. Both of them will reportedly be treated to an OLED screen, and their chassis would have been specifically designed to accommodate a triple camera setup at the back.

Related Apple Music Overtakes Spotify In Number Of Premium Subscribers In The U.S.

Macotakara has had a healthy track record as they were one of the first publications to state that the iPhone 7 would be shipped with the 3.5mm audio jack. The addition of a triple camera on an iPhone 2019 model means that it will result in superior smartphone photography. Just like Huawei has done with the P30 Pro with its quadruple camera setup, Apple could incorporate a 5x optical zoom and the ability for the user to experience AR-related activities thanks to the presence of a third lens.

The chassis of both models will also be altered as stated above. According to the report, the main body of the 6.1-inch OLED model will be around 0.15mm thicker than the current iPhone XS body, but the camera bump will protrude less, by about 0.5 mm. As for the 6.5-inch OLED model, the overall body will reportedly be 0.4mm thicker but the camera bump would be reduced by 0.25mm.

Both of these models are expected to ship with a USB-C to Lightning charging cable and for the first time, Apple has been rumored to bundle an 18-watt charging adapter. Also, both models will support Qi wireless charging, with the ability to top up other Qi-supported devices such as mobile phones and wireless earbuds. We recommend treating this report with a pinch of salt, and we’ll be back with more updates down the road.

Do you think Apple launching two models with triple cameras will help increase the company’s total sales down the road? Let us know down in the comments.