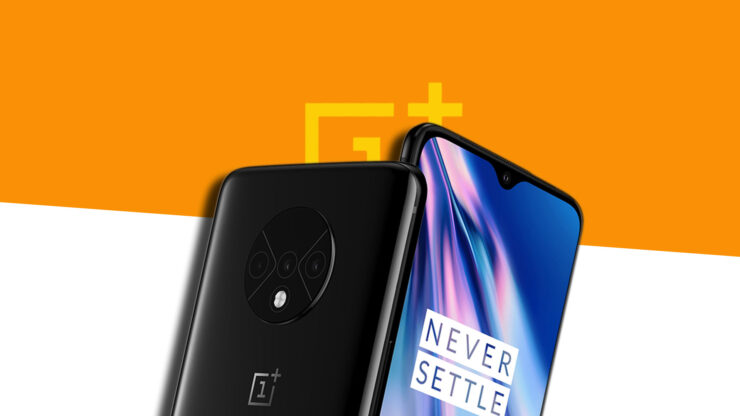 According to @OnLeaks in collaboration with CompareRaja, the OnePlus 7T and OnePlus 7T Pro hardware specifications are more or less in line with the previous two models the company launched a few months ago. Except for a few differences, we don’t think customers who currently own the OnePlus 7 or OnePlus 7 Pro will find a compelling reason to upgrade to one of these unless of course, you like owning the best hardware.

Coming to the OnePlus 7T hardware specifications, the upcoming device will sport a 6.55-inch Fluid AMOLED screen with a 2400 × 1080 resolution at 402 PPI, and an in-screen fingerprint sensor. The OnePlus 7T will surprisingly be treated to a 90Hz screen which will also be HDR10+ compliant. The list states that this model will feature a Snapdragon 855 Plus, coupled with an Adreno 640 GPU, 8GB of LPDDR4x RAM and most likely offer 128GB or 256GB of UFS 3.0 storage.

The OnePlus 7T camera will also receive a noticeable upgrade. While the upcoming handset will sport the same primary 48MP F/1.6 sensor as the regular OnePlus 7 with OIS and EIS support, it will also feature a 12MP F/2.2 telephoto sensor with 2x optical zoom. Additionally, the tertiary camera is to be an ultra-wide 16MP F/2.2 shooter with a 120-degree field-of-view. At the front side, you’ll have a 16MP F/2.0 selfie snapper with EIS support.

Powering everything, there’s expected to be a 3800mAh battery that gets Warp Charge 30T, which the report states is 20 percent quicker than the fast-charging technology that’s accompanied with the OnePlus 7 Pro. Other camera features include a new macro mode for closer shots, Nightscape mode, and Super Slow-Motion recording at 960FPS at a 720p resolution.

As for the OnePlus 7T Pro, it’s expected to get a slightly bigger 6.65-inch Fluid AMOLED screen with a 3100 x 1400 resolution and all the features mentioned for the OnePlus 7T. It too is expected to be treated to a Snapdragon 855 Plus, Adreno 640 GPU, 8GB RAM (possibly more configurations will be added) and 256GB of UFS 3.0 storage. The rear camera will offer a 48MP (primary) + 8MP (telephoto with 3x zoom) + 16MP (ultra-wide 120-degree FOV) configuration. You also get the same selfie camera on this model as you do with the OnePlus 7T.

As for the battery, the OnePlus 7T hardware specifications include a slightly bigger 4085mAh cell which also supports WARP Charge 30T fast-charging. As for the launch date, @OnLeaks states that both the OnePlus 7T and OnePlus 7T Pro are likely to launch on October 10 and available to purchase from October 15 onwards. This is different than the previous launch date details, which gave a September 26 unveiling in India first, followed by other markets. Of course, like always, we recommend treating this info with a pinch of salt and wait for the official announcement to start before jumping to conclusions.

For now, let us know what you think of this list down in the comments.

The links above are affiliate links. As an Amazon Associate, Wccftech.com may earn from qualifying purchases.

SAMSUNG GALAXY S11 – This Will Be Insane!