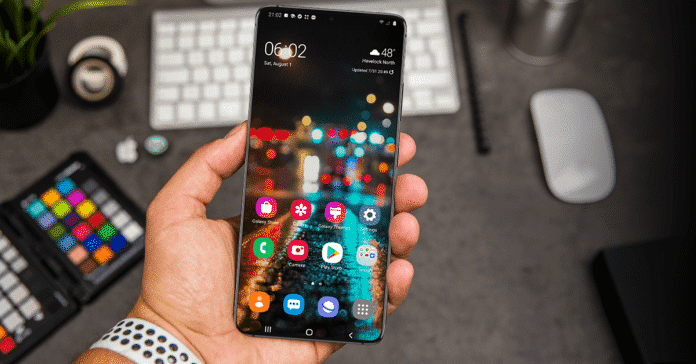 The Samsung Galaxy S21 series is coming very soon and here are the full specs, design, launch date & price of the upcoming flagship from Samsung

The Samsung Galaxy S21 is coming with a very similar design to its predecessor but much more refined. The most notable change in terms of the display is their new Blade Bezel which has significantly trimmed down the bottom bezel of the display. The Galaxy S21 is coming with a 6.2″ QHD+ AMOLED display that is an LTPS panel and will be capable of 120hz at QHD+, or 60Hz at FHD+. It will be protected by the latest Gorilla Glass and utilise an ultrasonic in display fingerprint scanner along with the punch hole selfie camera.

The S21 will be powered by the snapdragon 888 in the North America & other snapdragon regions with the Exynos 2100 being used globally. Many reports and leakers are suggesting that the Exynos 2100 CPU wil outperform the Snapdragon 888 this year so its going to be exciting to see the launch benchmarks. While no details have been leaked yet we are expecting the Samsung Galaxy S21 to come with 8GB Ram & 128GB storage and we also expect Micro SD support. While these could be increased we don’t see too much benefit from doing so but will update if any more news comes in.

The Samsung Galaxy S21 will be coming with a punch hole selfie camera on the front and a triple camera setup on the rear in this new camera housing. There were many hopes initially for the s21 to be the first to feature UTG (under display selfie camera) but unfortunately the technology wasn’t ready in time for the release. The selfie camera sensor is still unknown with some claiming they’ll be sticking to a 10MP sensor and other leakers claiming a Larger 40MP camera. For the rear camera’s we’ll be getting a 12MP main camera, a 12MP ultrawide camera & a 64MP telephoto. While many do not seem to be a fan of the new S21 camera housing we think it gives the smartphone a much more premium look.

The Galaxy S21 will be 5G compatible thanks to the latest chipsets & It will be using bluetooth 5.1 to be ready for all of the latest Bluetooth accessories. We’re also getting Wifi 6 & UFS 3.1 storage and the S21 will of course be IP68 water resistant. The Galaxy S21 will of course ship with OneUI 3.1 based on android 11 & when it comes to colour options of the standard Galaxy S21 we get a choice of Phantom Silver, Phantom black, Phantom Grey & Phantom Violet. While there are reports of the Galaxy S21 supporting the SPen this is unfortunately not for the standard S21 & only for the Ultra model.

When it comes to pricing of the Galaxy S21 there have been multiple rumours that it will be cheaper this year due to less sales than expected on the predecessor. A new leak on the Naver blog reports of an $850 base cost for the Galaxy S21. While this would be incredible news we personally feel its a bit optimistic and are expecting a launch price of around $1000.

The Samsung Galaxy S21 series is expected to release much sooner this year and according to multiple leakers will be seeing its launch ahead of schedule in January. Onleaks also confirmed this when he released the latest CAD designs of the S21 line up. While we don’t have a specific date we know its arriving in January.

IF YOU RECENTLY HEARD A RUMOUR CLAIMING THE GALAXY S21 SERIES LAUNCH MAY HAPPEN SOONER THAN USUAL AND MORE MORE SPECIFICALLY IN JANUARY, KNOW THAT MY OWN SOURCES CORROBORATE THIS RUMOUR

Exynos S21 Ultra is Better than the Snapdragon

Nirupam - February 11, 2021 0
This year has done it differently for Samsung's Exynos Markets. Where they sell their flagship S series with their own in-house Exynos chipsets rather...

The Apple iPad Pro 2021 is finally upon us and its incredible! #iPadPro #iPadPro2021 #NewiPadPro ✅ Subscribe: http://bit.ly/tttechnology ✅ Get The Latest Tech News As It...
Read more

Today we'll be showing you how to fix many iphone faults in just a few clicks! Tenorshare Reiboot can repair 150+ iOS/iPadOS/tvOS system problems. ✅...
Read more

The Apple iPhone 13 is bigger, better and more exciting than ever! #iPhone13 #iPhone13ProMax #AppleiPhone13 ✅ Subscribe: http://bit.ly/tttechnology ✅ Get The Latest Tech News As It...
Read more

The Apple iPad Pro 2021 is finally upon us and its incredible! #iPadPro #iPadPro2021 #NewiPadPro ✅ Subscribe: http://bit.ly/tttechnology ✅ Get The Latest Tech News As It...
Read more

Today we'll be showing you how to fix many iphone faults in just a few clicks! Tenorshare Reiboot can repair 150+ iOS/iPadOS/tvOS system problems. ✅...
Read more

The Apple iPhone 13 is bigger, better and more exciting than ever! #iPhone13 #iPhone13ProMax #AppleiPhone13 ✅ Subscribe: http://bit.ly/tttechnology ✅ Get The Latest Tech News As It...
Read more

TT Technology is a tech news, leaks, rumous & review website bringing you all the latest smartphone and other tech news.